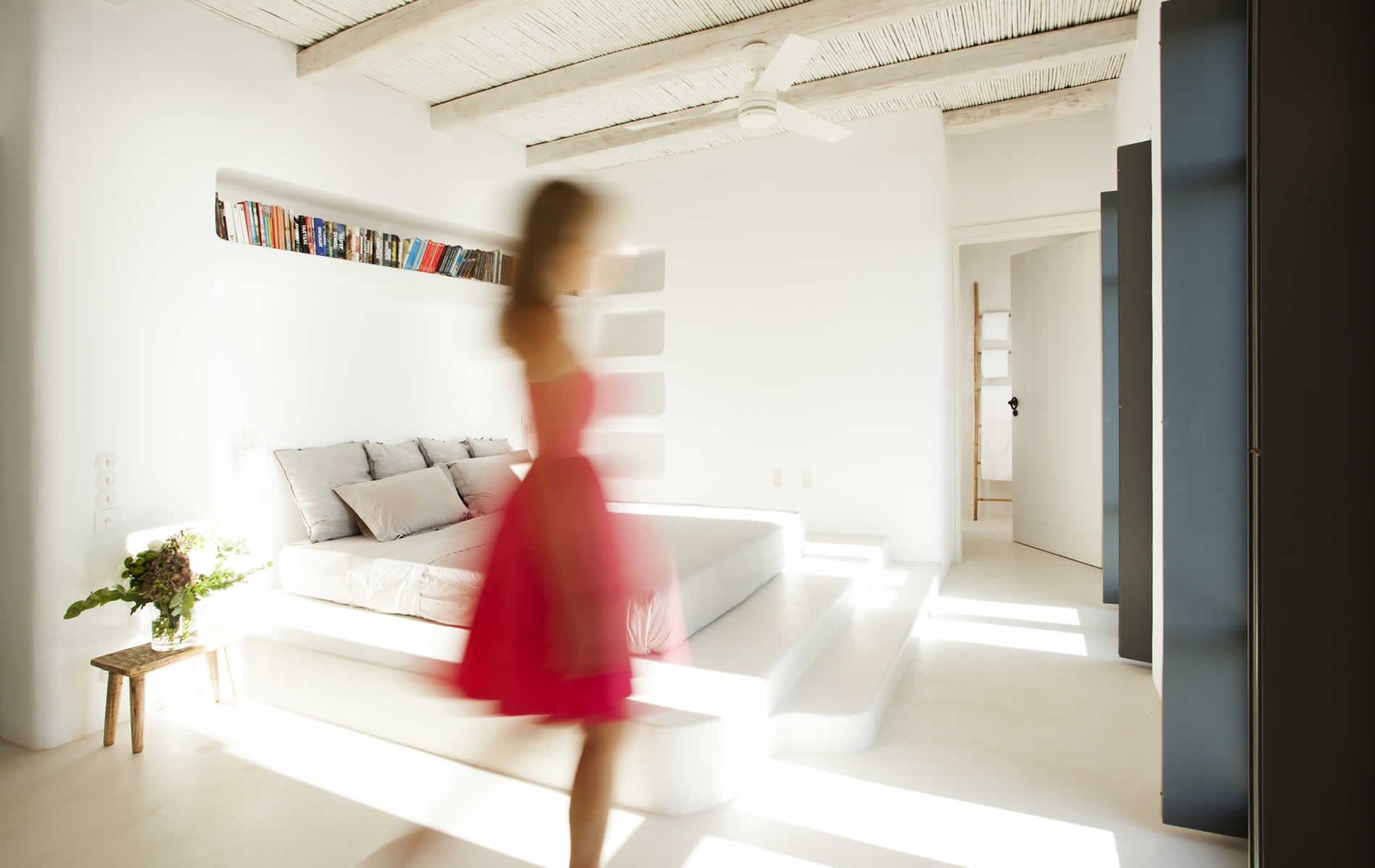 A taste of Greece: the new culinary scene on Tinos island

17 Dec A taste of Greece: the new culinary scene on Tinos island

From beekeepers to winemakers, locals and newcomers are creating a foodie paradise on Tinos in the Cyclades – and turning old buildings into stylish places to stay, too.

It’s pretty obvious why the 20th-century Greek philosopher Cornelius Castoriadis called Tinos the “handmade island”. In the 50-odd villages of this 75 square-mile isle in the northern Cyclades, marble sculptors have transformed every lintel, doorway, and fountain into a work of art. Even the For Sale signs on empty houses are carved from marble.

The dry stone walls that corrugate the valleys, the intricate dovecotes and the gaping quarries sprinkled around these sage-scented hills are evidence of hard labour, as well as an artistic sensibility.

In 1842, French travel writer Alexis de Valon noted: “The whole island is cultivated with great determination, almost in defiance of nature; in the absence of soil, the inhabitants even plough the rocks.” 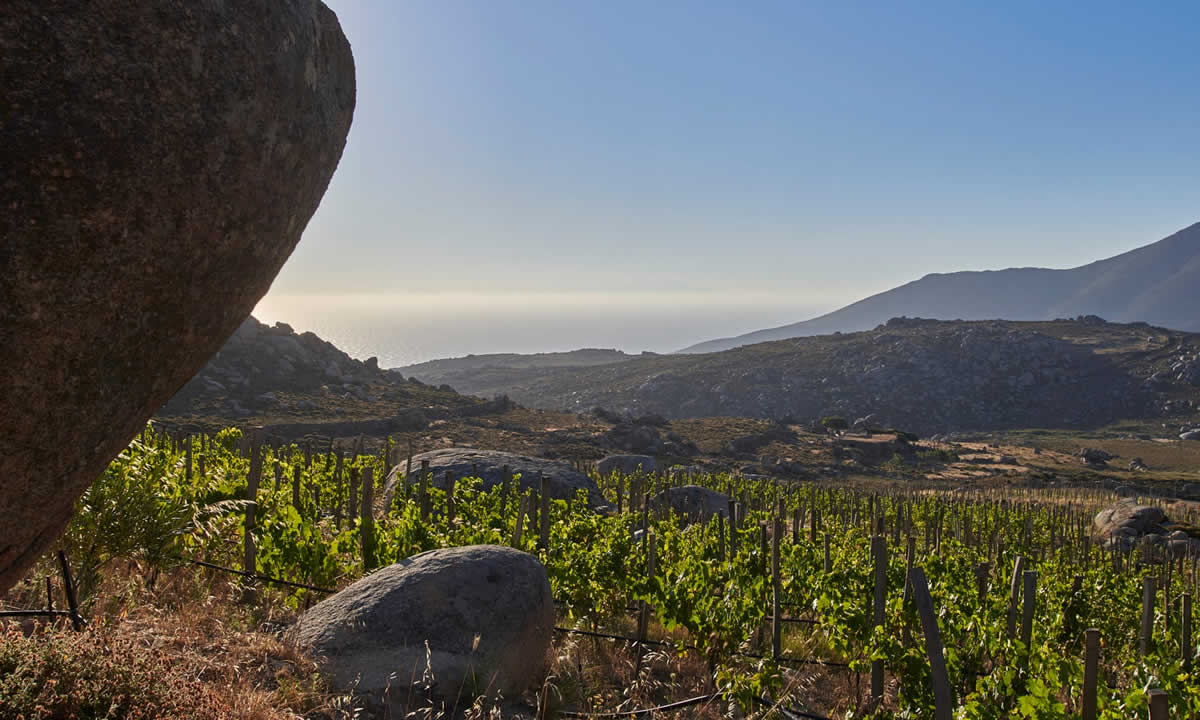 At his Volacus winery in Falatados, in the south-east of Tinos, Michalis Kontizas is continuing this tradition: his organic vineyards snuggle among granite boulders as smooth as giant cannonballs.

There’s nothing for miles around but wide-open spaces and fearless goats – one so bold it climbs into our car as we pull up at the winery, a huddle of former shepherd’s huts that Kontizas has restored stone by stone.

This windswept landscape is Greece’s new wine frontier. Tinos was a major wine producer for centuries, but when farmers switched to livestock in the 1970s, the vines were ravaged by grazing goats.

“The sandy soil protected this terroir from phylloxera,” says Kontizas, a trim, soft-spoken man with a steady gaze. “But organic wine is a gamble: you’re at the mercy of the weather.” After six years of hard graft, he produced his first malagouzia wine in 2016, a small yield of about 2,500 bottles.

“Greece needs tourism, as we don’t produce much. But we want those who come to try the things we do produce,” says Kontizas, pouring two glasses of white malagouzia that tastes, intensely, of summer in the Cyclades. On a slab of granite, he lays out slices of pale pink louza (air-dried pork cured in red wine).

“I have something special for you try,” he smiles, prising open what looks like a gnarled gourd with a penknife. Inside is a crumbly kariki blue cheese, matured for six months in a pumpkin shell. Made from raw cow’s milk, kariki tastes like a mellow roquefort with the texture of parmesan.

Not far from here, Jerome Binda, originally from Paris, has established Domaine de Kalathas, where he experiments with natural wines – with phenomenal results. The organic estate is off-grid, relying on solar energy and local wells for water. A spectacular stone house overlooking the vineyards, decorated with aplomb by Binda’s wife, Sabrina, a ceramic artist who runs workshops in her hilltop atelier, is available to rent. (Her delicate ceramics are available from Trela Tinos, a design and antique shop in Tinos Town.)

Over rabbit stifado, tomato fritters, and pickled artichokes at Tereza’s grocery-cum-taverna in the nearby village of Myrsini, Binda tells me how he left a career as a graphic designer and antiques dealer to settle on Tinos: “I was always a wine lover, but never dared to imagine being a winemaker. I thought it was reserved for people who inherited a vineyard, with their own techniques and clientele. On Tinos, I could create my own heritage with 150-year-old, ungrafted vines that had been left to their own devices for decades.”

Tereza pokes her head round the door. “Even if I burn the food, I just had to tell you this is the most delicious wine I’ve ever tasted,” she beams, raising a glass of Binda’s beautifully balanced rosé. Like with many family-run tavernas in rural Tinos, pretty much everything on the menu, including the rough-and-ready wine, has been grown, reared, foraged or made by Tereza and her husband Joseph. 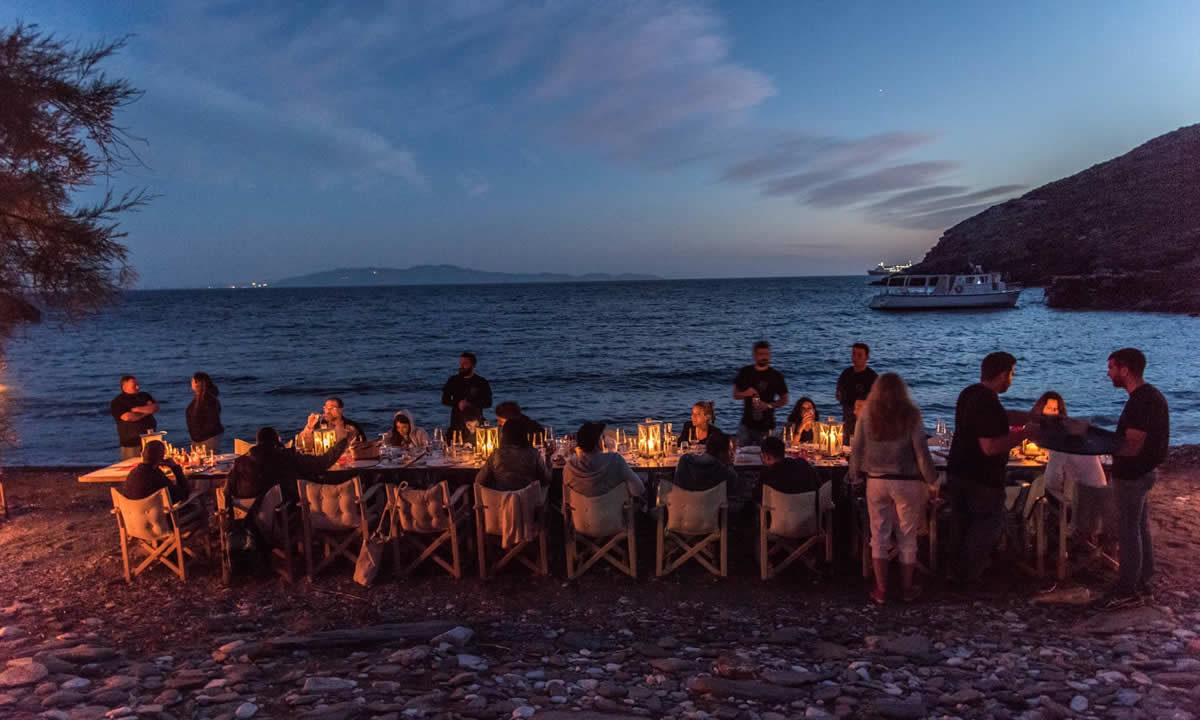 But there are plenty of restaurants that serve Domaine de Kalathas and Volacus wines. They include San to Alati, Marathia and Itan Ena Mikro Karavi, all in or near Tinos Town, and all using Greek ingredients in inspired new ways. These and other local food businesses have banded together to create Tinos Food Paths, an annual spring celebration of the island’s culinary heritage. “It’s not just cooks and critics, the whole island gets involved,” says chef Andonis Psaltis. “We have barbecues on the beach, cocktail masterclasses in monasteries, and feasts in village squares with lutes and violins.”

More on this article


By continuing to browse tinoshearts.gr site, you agree to our use of cookies.OkTinoshearts GDPR Privacy Notice